Is 'cold emailing' an acceptable way to promote bicycles.se?

Is 'cold emailing' to local bike shops and community groups an acceptable way to promote bicycles.se?

Inspired by this questions...

What is the general feeling/policy on bicycles.se users 'cold emailing' their relevant local businesses and cycling groups as a means of promoting the site?

Users could send their the local bike shops and cycling groups the standard 'Help us grow this site' auto-generated email (see pic for how to do this). However I am worried that this could be perceived as quite spammy if not done correctly.

Or should we stick to Reddit/Digg/Forums/word of mouth/etc to promote this site? 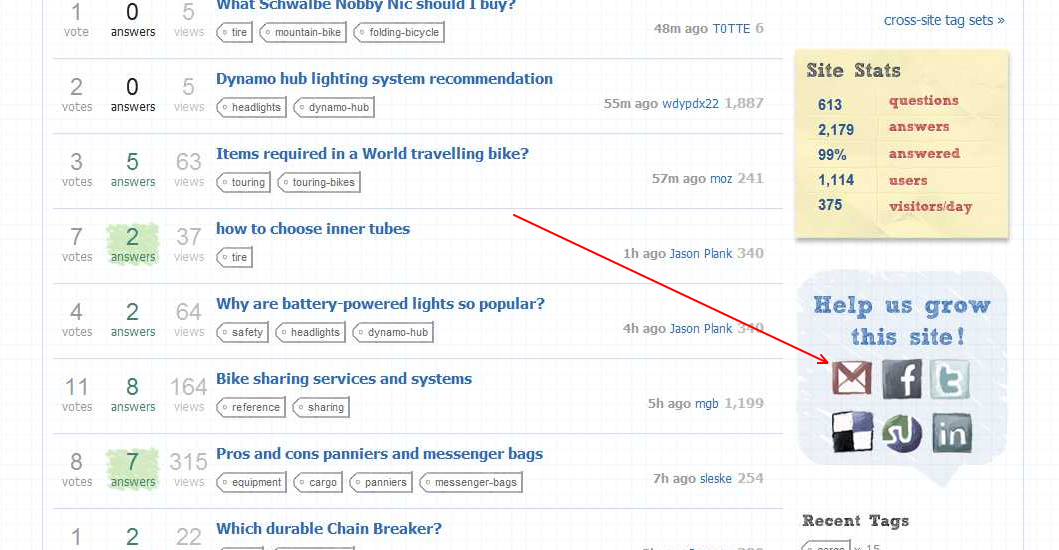 I think that sending out personalized emails where possible would preferable than using canned emails. Adding example questions to these emails that relate to these shops would be great.

For example, send roadie question to the shops that love the carbon-fiber bikes, commuter questions to shops that have a good stock of hybrids, touring questions to the camping stores, and so on.

Most important, such a letter would have to explain to the shops: Why is it in their interest to help? Stack Exchange isn't particularly local. Will having a presence here help send people in the door? Do they simply love cycling and want to help the community?

In case you're curious, this is the default email body from clicking the "help us grow this site!" email icon:

I'm supporting a proposal to create a new Q&A website for people who build and repair bicycles, people who train cycling, or commute on bicycles.

It's built on the same software as stackoverflow.com, a hugely popular site where over seven million programmers help each other with difficult programming problems. On Stack Overflow the audience votes for the best answer, so the answer you want is usually right at the top, not on page five.

I'm hoping that a site for people who build and repair bicycles, people who train cycling, or commute on bicycles would have the same kind of network effect and turn into an amazing resource.

The public beta is going on here, if you're interested in participating:

Use it if it works for you!

However, I personally believe that sharing specific great questions and answers is an even better introduction to the community -- compared to a general link to the homepage.

I'm tossing up ordering some of those "free business cards" with a bicycles.se link on them to put on notice boards at bike shops. I'm also pushing some of the bike shop kids to blog about the site but that seems to be very much "you write it, if I like it I'll publish it" and I have no more idea than they do how to write an engaging post. The temptation to use the "how to find a good bike shop" post as the hook is string :)

Not the answer you're looking for? Browse other questions tagged discussion site-promotion .

5
Why wasn't this an acceptable question?
3
Should we be recommending Bicycles.StackExchange to our Local Bike Shop (LBS)
3
What's happening!? (Campaigns in the works & Ideas that need work)
3
Ideas for events to promote Bicycles.SE at?
4
How can I promote bicycles.stackexchange on a "Promote cycling" day?
2
Is there a way to refer to bicycles.stackexchange.com in less than nine syllables?
4
Attention Portlanders! Let's do Sunday Parkways!
4
Easy way to put comment for product rec questions
6
On topic: ebikes are on topic for bicycles.se